When Robert and Alicia Risley, the current owners of White Point Beach Resort, were married in 2007, the minister explained that the next couple to be married had little money to spare, and a child with a rare medical condition. Would Robert and Alicia leave their flowers for them as a token of kindness?

“Of course!” was the instant reply. But that’s not all. During the Risleys’ reception at White Point, while doing the obligatory kissing routine when guests clanked their glasses, Robert had an idea. “I announced that each kiss would cost everyone some money—and the money we raised would be matched by White Point for that young couple.” The scene heated up. Alicia adds, “We even had a roll-away cot brought in to spice things up a bit.” Five thousand dollars was subsequently delivered to the young couple.

This is only one story of countless heart-warming tales that originate from White Point.  It’s been said that White Point still exists today—90 years after it was founded—because somebody loved it.

It all started with Philip Moore, an American who fell in love with Nova Scotia in general, and Queens County in particular, on his visits during the early 1900s. The avid hunter and fisherman opened a wilderness camp on Lake Rossignol in 1919. Less than ten years later, when the lake was flooded to create a major reservoir, Moore took the $30,000 compensation money and opened White Point Beach Lodge in 1928.

A number of owners and managers have held the reins since then, including Howard and Ivy Elliot, who were at the helm for 40 years. Stories about this couple are legendary, especially how Ivy ran the dining room.

Johnny Fisher never met Ivy, but he’s had a few encounters with her ghost. Johnny strutted into the manager’s office 28 years ago looking for employment as a carpenter and was hired on the spot.

He recalls one snowy winter day: “The lodge was closed and nobody was here. I was ploughing and could see footprints coming up to the main lodge. When I went in, I saw snow on the floor then they disappeared. There were no tracks coming out.” Johnny has heard doors slam, and seen lights and televisions mysteriously turn on and off. “I hear that Ivy was quite the character. She even re-arranged napkins on the dining room tables.  But she hasn’t been around since the new lodge opened.”

Johnny—now the director of engineering—has only missed six days work in 28 years. “Every single day is different. And with the new lodge, with everything on timers, I feel as if I’m in heaven,” he says.

Of course, there’s always a challenge. “Right now we’re changing the old fireplaces to propane ones. Some people prefer the snap, crackle and smell of wood burning. But some people don’t know how to make a fire, and the cottages get smoked up,” he says with a grin. So it’s a matter of melding old with new and keeping everyone happy.

Keeping everyone happy—over 50,000 guests per season—falls on the shoulders of the owner, Robert Risley. Luckily, he has the assistance of a large team of staff whom he deeply appreciates and respects.

Robert bought White Point with two other investors in 1987. “Partly it had to do with the history of it, and partly the romance of it,” he says. But the romance soon wore off. It became apparent that a seasonal operation was not going to be sustainable. “The first thing we did was change it to a year-round operation. This involved turning the outdoor pool into an indoor one; building an extension to the main lodge, as well as a conference centre.” Eventually, Robert and his team added 27 additional rooms, more meeting space, and started the process of winterizing all the cabins.

Some things they tried simply didn’t work out, such as providing tour packages. “We became a licensed tour company and organized tours around the province—a business we didn’t know anything about and shouldn’t have done.” As well, markets shift. In the early 1990s, 40 per cent of White Point’s clientele was from the US. “Now, the American market is down to less than six per cent,” Robert says. Although a small but regular influx of European visitors remains constant, marketing efforts have focused primarily on the provinces of Ontario, Quebec and New Brunswick.

“The millennial market is the next big thing and 25-35 year-olds are not enamoured with old rustic cottages. They love the place but they prefer big showers instead of bathtubs and they expect air conditioning. And they want to do more than sit on a beach and read. They want to learn about our culture and experience new things.”

As a result, White Point has created an impressive menu of interesting programs. They partner with other agencies such as Parks Canada to offer outings focused on nature and dark skies, and special events like “A Salute to Sable Island.” Other partnerships include teaming up with local businesses including East Coast Surf School for surfing lessons, and Greg Sutcliffe from Chestnut Hill Farms. Greg sets up two beehives in the resort’s vegetable garden where he invites guests to don protective clothing and get up close and personal with the bees.

Robert Risley credits Joanne Veinotte, the general manager, and Donna Hatt, the marketing director—along with upwards of 225 staff—with the on-going success of White Point. They are his family.

John and Anne Sun also feel they are part of the White Point family. The Suns ventured to White Point as a young couple from New Jersey in 1993 and have returned numerous times with their five children, including  a set of quadruplets.

“We fell in love with White Point as soon as we saw the bunny signs,” Anne says. She also recalls how their young crew enjoyed the cookies and milk fireside each evening, while the staff read them a bedtime story. “What a wonderful way to wrap up a long day!  Of course the bunnies kept my gang busy. Often times, I would find my little kiddies laying on their bellies trying to coax the bunnies over for a snack with bunny food the staff had provided.”

Then disaster struck. On November 12, 2011, the main lodge at White Point burned to the ground. “It was devastating,” Anne says. “I began to cry as I saw the photos and videos being uploaded to White Point’s Facebook page by people that were witnessing it in person.” However, the Suns were able to watch the new lodge being built via a webcam. “I knew what to expect when we next arrived in 2013. It was a beauty!”

Before the debris from the fire was even removed, Robert had made a commitment to rebuild. “It took a lot of soul searching to figure out what to do. White Point is a second home to so many people so it was more than a business decision,” he says. “It just had to be done.”

The community rallied—not only residents of the region, but also former White Point guests. Rebuilding became a family affair. The resort reopened the following November, three days short of a year since the fire.

Throughout 2018, White Point is hosting extra programs and events in honour of their 90th anniversary, including a 90th anniversary vow renewal ceremony in September where 90 couples will gather to rekindle the magic and re-pledge their love for each other. Everyone’s hoping that Alicia and Robert Risley will be there.

Caption: Scene during the fire that destroyed the main lodge on Nov. 12, 2011.

On Campobello Island, Eleanor Roosevelt once wrote, “I had a feeling of remoteness, which I rarely experience anywhere else.” In her “My Day” syndicated newspaper column, she often described how... 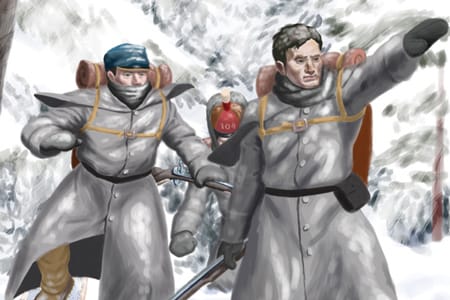 It’s March 5th, 1813. Soldiers in the 104th (New Brunswick) Regiment of Foot are marching in the bitter cold, likely wondering when the snow and harsh winds will cease. It was mid-February when they... 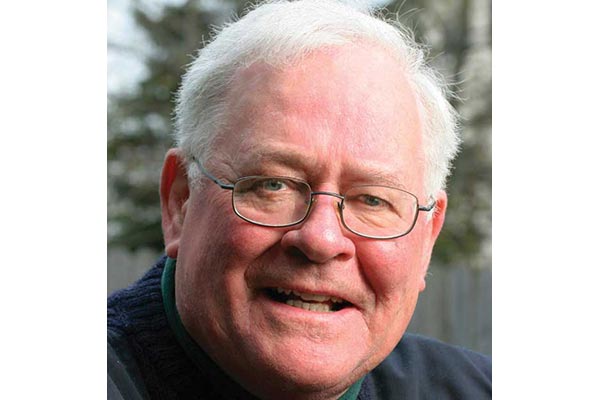 Having settled for the winter in Vancouver, I am now a cliché. Like countless Maritimers and Newfoundlanders before me, I've moved way west, and I'm homesick for just about everything I've left...