Mist is rising off the rivers and farmlands around Canning, NS as I take an early morning drive over to visit long-time farmer Andy Vermeulen. It’s just past 6am, and while most of the community is asleep, there are two groups of people out and about on this lovely May morning: tradespeople, and farmers. And one bleary-eyed writer. This is the only time in the day, during this early part of the growing season, that Andy can take the time to talk about his vegetable operation; his crew of employees will arrive just before 8am to start their day’s labours.

Today, some of the workers will continue putting up the new tunnels—plastic-covered greenhouses—that will cover the six hectares of strawberries Andy grows in a unique table system. Imagine thousands of strawberry plants growing in long narrow structures reminiscent of eavestroughs, and you can imagine how many people stop on the road where the acreage is planted, just to see this unique method of berry cultivation.

Andy grew up on a dairy farm in Milford, Hants County, NS, the son of Dutch immigrants who moved to Canada in the 1950s. It was routine for him and his siblings to do chores starting with the 6am milking, then shower and change and go off to school. “All through my growing up, I swore I wouldn’t be a farmer because I hated getting up that early.” He went off to the Agricultural Collage in Truro after high school, got an engineering degree, and worked for the agriculture department for a while, “And the whole time, all I could think about was the farm.” One thing he discovered is that he wanted to grow food that he could put on someone’s plate right away. “That’s where the vision came from for the farm, it’s always been field-to-plate, field-to-fork,” he says.

In the mid 1980s, Andy and his brother Gerald found good farmland in the Annapolis Valley that they could lease for a few years and then purchase if they were able. Differences in how they wanted to farm led the brothers to part company in terms of farming together, but Gerald set up a feeder hog operation at the farm next door. At that time, hog prices were good, and Andy says wryly, “We made all the classical mistakes on my farm, overreaching, thinking too big, struggling with labour problems, and trying to get the marketing part of farming figured out. For about 15 years all I did was put food on the table; there was no equity nor any reason to say I was a success.” Meanwhile, Gerald was putting about $50,000 a year into equity in his operation. Andy figured he needed to change how he was farming.

While Andy had some reliable long-time workers when he was starting out, it was difficult to find enough local people to work on the farm. “And what I grow, when it has to be harvested it has to be harvested, and that might mean 10-12 hour days every day for weeks at a time.” He made the decision to start working with the offshore labour program, which gave him a secure source of labour, but he also wanted to make sure his employees got what they needed. “We reworked our crop list so the guys would have at least 20-25 weeks of work, all season. The guys from Mexico and Guatemala, they come here to work, they aren’t interested in sitting in the house.” He is proud to say he has only about a 10 per cent turnover in employees year over year. It’s not hard work, he says, but since all the crops are hand planted and hand harvested, “it’s steady, it’s physical and it’s long hours, and if you’re one to look at your watch, it could be a long time until 8 o’clock at night.”

With the farm’s labour challenges sorted out, next was the issue of marketing his crops effectively. Andy will harvest about 340 acres this year of nearly two dozen crops, including asparagus, radish, tomatoes, cucumbers, peppers, lettuce, summer and fall squash, melons and strawberries: most of which have a limited storage and shelf life.

Selling through a local wholesale company gave him an avenue into the major retailers, but he found a disconnect between himself as producer and the customer buying his crops. Finally, he decided to cut out having a sales manager, and began dealing with his customers directly. He says “When I had to do the selling, it became clear that I needed to change how I did things. If someone calls and wants lettuce, I don’t put them off because the crew are out hoeing, it’s more a case of, ‘how much do you want and when do you want it?’, and we cut it until that truckload is ready.” The advent of good cell phones in the early 2000s was a huge help. “I could walk through the field, see what we’d be cutting the next week, and I would get on the phone and call right from the field. Or if the customer called me, I could give them service and the answers they needed right then.”

The change in management worked. From 2003 to 2008, the farm doubled its sales. And from then to now, they’ve gone from $750,000 in annual sales to “something over three million.” It’s stressful by times; the farm is at the mercy of the weather, which can be capricious; the weekend previous to our meeting, there had been gale-force winds that stripped the plastic off some of his tunnel greenhouses. And no matter how Andy and his crew grow and sell the crop, they always expect to lose as much as 50 per cent of it to spoilage. “That’s normal for vegetable production at this scale,” he says. “We want to make sure we have what our customers need when they need it, and if that means overgrowing some, that’s an acceptable risk to me. We buy three million seeds and may only sell half of that in actual plants, and that’s how it’s been since I started, and you have to be comfortable with that. At the end of the day you still have a profit.”

Andy has two children from his first marriage, and his partner Karen Corey has two as well—all adults, some with families of their own. Son Ben came back to the farm 10 years ago after a few years away. Andy calls him the brains behind the operation, “because he knows the chemistry of soils real well. I could never balance out the macro and micro nutrients; Ben starts to explain and my eyes glaze over,” he laughs. “When we lost the hog manure [Gerald shut down his hog farm a decade ago due to the tumult in that industry], we lost a huge resource, and Ben has managed to get the fields back up in productivity.”

He warms to a theme. “If you grow up on a farm, like I did and Ben did, I think it’s really important for young people to go out and see the world. Go to university or trades school or whatever, then work somewhere for five years around the country—there’s a lot of learning there—and then come back and see if you want to farm.” He maintains that, “if you bring a child up, and they stand beside you from the time they’re walking until they get through high school, you will not be able to get the farm out of them. It may not be glamourous here on the farm, but we get to be outside, we enjoy what we do, we’re producing good healthy food for people, and we’re making a difference in the lives of our workers.”

They use some innovative methods on the farm, like growing strawberries in that bench system mentioned above. It’s been a big investment to put in the infrastructure, and now Andy is covering the benches with long tunnels. He says Ben believes that he can affect the brix, or sweetness, of the berries by tweaking how the plants are fed—they’re essentially in a hydroponic system—and that “if we can make a really sweet strawberry this way, it could be something we could hang some marketing on. We’ll see.”

Although he was “doing the buy local thing before it was a thing,” Andy says the movement to eat local has been great for his farm, and that even larger retailers want to have a local presence in terms of what they carry in their stores. He’s proud that the farm has a very loyal following, in both direct wholesale customers and consumers who go to those retailers looking for his produce. He’s adamant that service along with quality product are what makes him successful. “I make a point of being here at lunchtime, because we have customers who come in looking for something, and if we can get it ready and on the truck right away, they’ll be happy and not go elsewhere because they didn’t have to wait.”

This past winter, Andy went to Guatemala to visit some of his employees at home with their families. “These guys come here, but their children aren’t going to be working on farms, either here or at home. They have some money because of the work they do here, and they can get some education for their kids. One of my guys, he thinks one of his kids is going to study veterinary medicine. That wouldn’t be possible if he had stayed home and done subsistence farming.” He adds, “We Canadians take a lot for granted—food is cheap, getting around relatively easy, we have socialized medical care…and I feel we have an obligation to help out others when we can. So while I farm to look after my family, my kids, we’re also looking after our employees and helping to change their lives, too. And that’s a humbling thing.”

Intro caption: Strawberries growing in a unique tabletop or bench system that Andy saw in Europe and thought would do well here. 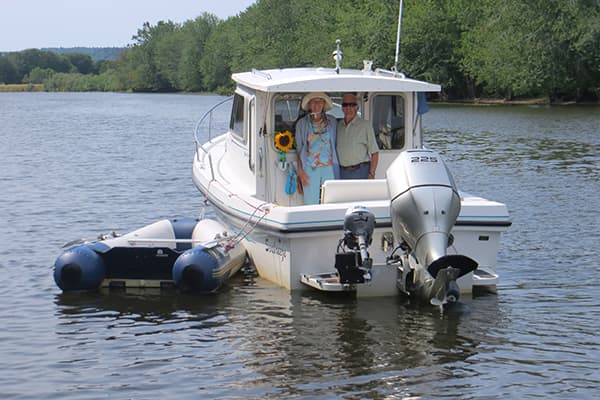 Cruising on the Kennebecasis

I first visited the Kennebecasis River years ago, after accepting an invitation to give a wildlife talk in Hampton, New Brunswick. During that weekend the conference organizer took me on a local...

As a young married couple Ron and I bought a gold-coloured celluloid angel to adorn the top of our Christmas tree. She came from a reduced-to-clear bin in a local department store, with a price of... 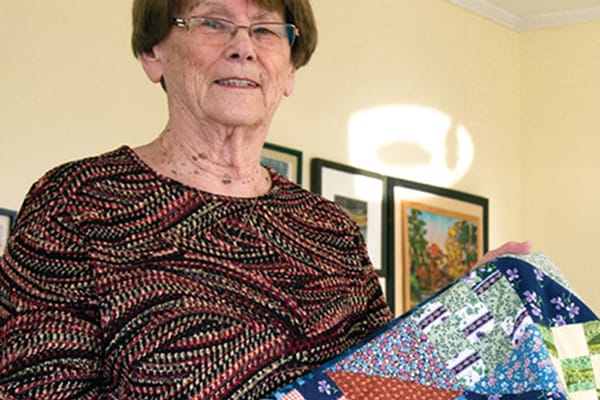 Lucille and Henry Deveau opened the La Reine Motel in 1957 on the shores of Doctors Lake, just a few kilometres from downtown Yarmouth. They raised seven children while running the business and...