The Spanish flu and its Atlantic Canada connections

Just 100 years ago, the Spanish flu was ripping through Atlantic Canada, and decimating whole communities, surprisingly in some more remote regions such as Labrador.

For the most part, considering the overall picture, the area escaped the devastation of many other areas of the world, at least numerically. As far as the numbers of deaths are concerned, there is no overall figure that can be established. Worldwide, the range is from 20 to 50 million dead; for the US, 500,000; and for Canada, about 50,000 deaths, with about 4,000 victims in the four Atlantic Provinces. In New Brunswick the figure is 1,394, Nova

Scotia deaths 1,769, Newfoundland and Labrador 600 deaths, and in Prince Edward Island there were 165 victims. Worldwide, death was the outcome for three to five per cent of the population, but this was not the case in Atlantic Canada, where it was about a third of one per cent. Nonetheless, it was still a period of great anguish for the people of the provinces.

Though a century has passed, there is still no agreement on many facets of this story. Many clinical and social studies have been done on the origin of the flu, what strain it was, how and why it spread, the devastation it created in terms of long-term sickness and death, and the economic stagnation as it raged—yet questions remain.

It’s generally agreed that the flu did not originate in Spain, but likely in China. The reason it became known as the Spanish flu is because the first reports in spring 1918 of an influenza type of sickness came via the press of Madrid, Spain. As a neutral country during the war, Spanish newspapers had uncensored freedom to report “a strange form of disease of epidemic character,” in their country; that was not the case in countries involved in the military conflict.

In Spain itself, the disease was simply known as a “three-day fever.” Although it eventually affected some eight million, most recovered after a short period of distress, which included typical flu-like symptoms, described in Flu, a Social History of Influenza by Tom Quinn, as “lack of appetite, head- ache, pain behind the eyes, high temperature, aching bones and lethargy.”

Other countries did not immediately pick up the news out of Spain, as their governments were busy with the war effort. This meant massive troop movements were the norm at the time, which, it is believed, gave the flu the opportunity to spread rapidly. One of the areas most affected early in 1918 was Camp Funston in Kansas. The first alleged victim of the flu in North America was company cook Albert Gitchell, who died in late February 1918. On one day in March that same year, more than 1,000 men were sick with the flu. Men sent to military camps often found themselves in locations where there were twice as many men as the camp was designed to hold. Bunks were added with relative ease, but additional hospital or care workers were not allocated; when sickness hit, it spread quickly. When the men were moved, they took the disease with them; and there was constant movement—it is generally thought that American soldiers being sent over- seas took the “the Spanish lady” with them, and it soon spread to Britain and France. However, both countries had outbreaks within their borders before the arrival of the American troops.

Camp Devins was an American military operation near Boston. Some 45,000 soldiers were training at the camp, and by September 1918, 9,000 were sick. It is speculated that perha people inflicted in this camp moved among the regular population at pub gatherings and unknowingly spread the flu—and when they travelled to Atlantic Canada, may indirectly be responsible for the movement of the flu into the area. A few examples from newspapers of the time seem to indicate that the Atlantic region’s first cases can be traced to visitors from the Massachusetts area.

Nova Scotian newspapers made a definite link between the US and their area as early as September 28, 1918, when it was reported “Yarmouth has fatal case of Influenza.” It was not a Nova Scotian, however, but an unnamed fisherman from Gloucester, Mass., who died in the Yarmouth hospital on September 27. The victim was 24 years old, and had become sick while fishing on the Nathalie Hammond.

At the opposite end of the province, a Newfoundland man identified as Frank Poole died on September 28. He too was a fisherman out of Gloucester and was also 24 years of age. Though the entire crew became sick soon after leaving the US port, only Poole died, and was buried at Petit-deGrat when the vessel put into port, which is identified in the news only as “a Cape Breton port” in the St. John’s Evening Telegram of September 28.

The reported death of militia recruit Jeffrey Fred Rigby, “the victim of the dreaded Spanish Influenza,” was another connection with the Massachusetts outbreak, as the Saint John Daily Telegraph noted that he had “arrived a few days ago from Boston.” His death was reported as the “first in the military hospital (St. James Street Military Hospital,) due to the dreaded malady, “He was twenty-five, and had been ill from October 4, the day he arrived in the city on the Boston express.”

There were many other reports of death, but none pointed to the origin of the outbreak. For unknown reason, Moncton and Hillsboro in Albert County were the hardest hit in New Brunswick. By the first week of October, the county had 135 cases, and on October 1, the first death occurred, “a fifty-year-old mother of a large family.” At the opposite end of the Bay of Fundy, 400 residents of Campobello were down with the flu— fully a third of the island’s population. In Nova Scotia, public officials were regretting having sent doctors and nurses to Boston to help fight the epidemic, as there were “28 cases” in the community that could not be addressed due to lack of medical staff. The first deaths of locals reported were in Dartmouth: a two-year-old male, Archie Gregoire, and a young female whose age and name is not included in the Halifax Herald news story of October 16.

By early October, the Charlottetown Guardian had not reported any deaths on PEI; in fact, most of the paper’s front pages in September were devoted to the Island Exhibition.

On October 2, 1918 the scourge is first mentioned, but it is observed that the physicians of Charlottetown had indicated that the “cold prevalent here at present is just the old-fashioned cold, and there is nothing to indicate Spanish or any other type of flu…”

The very next day, a death is reported from the flu, a Miss Mary Herrell, who, the Guardian wrote, had “left Charlottetown a little over three weeks ago to spend her annual vacation in Boston.” It’s clear that not only fishermen, but travelers from Boston were responsible for the spread of the flu.

The Guardian, like most papers in the provinces, did not paint a realistic picture of the danger of the influenza. For example, on October 21, an editorial stated, “Spanish Flu has vanished almost as quickly as it came,” and “people have begun to assume their accustomed walk in life.” This was wishful thinking, for the flu continued to be a problem on the island and beyond.

PEI, like the rest of the region, took steps to slow and hopefully stop the spread of the flu by forbidding public gatherings, closing schools and churches, restricting store hours, and, in an unusual move which only occurred on the island, forbidding public funerals during the height of the epidemic. The government also instituted a policy of screening of passengers coming by boat from Cape Tormentine to the island, but this did not occur until three weeks after the first death. It proved ineffective as passengers might well be carrying the malady, but show no signs of it.

Despite its relative isolation from the mainland, the outbreak was raging in Newfoundland by mid-October. In Placentia Bay there were 200 cases reported in the St. John’s Evening Telegram. Newfoundland’s merchants took advantage of the opportunity to promote “cures” although there were none to be had. The daily papers carried promotions like “Safeguard yourself against ‘Spanish Influenza.’ Take a glass of Abby’s Effervescent Salt each morning before breakfast,” or, “Don’t neglect your cough…you know how quickly Scott’s Emulsion enables you to throw off a cough or cold.” Even local suppliers got into the act, including Stafford’s Drug Store, Theatre Hill, whose advertisement stated they had, “a gargle approved by the most eminent authorities as a safeguard against the infection of the germ, and also a curative and preventative combined…” It was widely believed that rum and chewing tobacco were also curatives. Of course, they were not. The only high point of autumn 1918 was the end of the war on November 11. Although there were still places where many were sick and shut in, there were lively celebrations and public gatherings in all the provinces and a feeling by mid-November that times could only get better with the war over, and the flu not as prevalent as earlier in the year.

However, it was not defeated. As Christmas approached, the Summerside Journal of December 24 reported “Spanish Influenza has visited Murray Harbour, White Sands, Guernsey Cove...few houses are escaping…there have been several deaths due to the epidemic.” Possibly residents that the flu had vanished and held a community gathering, starting the scourge on its way again. It was December 1920 before the influenza was finally considered to have been a thing of the past.

About 10 years ago, Dr. Lamont Sweet was deputy health officer for PEI and began a research project that involved reading all the community newspapers extant at the time of the pandemic. He eventually produced a document titled Too Young to Die.

The title reflects his findings that the flu did not affect the very young and very old, as is normal for influenza, but those in their prime years, 20-40. He concluded that the popular idea that the flu spread from Europe to Canada via returning troops was erroneous, as there was no such mass movement at the time, although there were isolated cases of injured troops coming home.

When asked if such a pandemic could happen again, he said, candidly, “It certainly could. We know now it was a strain of H1N1...and we’re still dealing with this, still trying to understand it. It takes many variations and is hard to treat.”

One advantage today is antibiotics, but Dr. Sweet admits advice given to those sick a century ago is still valid. “Keep away from crowds, especially if someone is coughing; if you feel ill, go to bed, get rest; and if it lasts a couple days, seek medical help.”

If these walls could talk 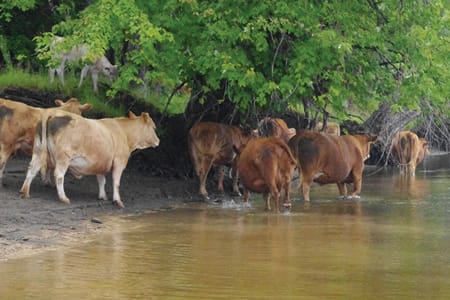 When I was kid in the ’50s, Mom inherited a small sum of money. At the time we were living in the Yukon. She purchased a 10-foot white fibreglass dinghy from British Columbia, had it delivered to... 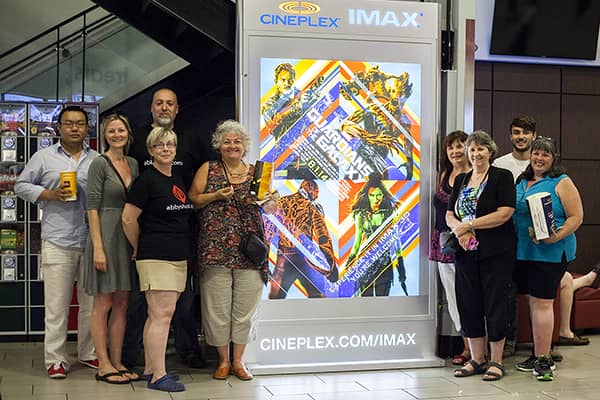 My inner geek is rejoicing. If this isn’t heaven, it must be pretty close. At least for a science fiction nerd.