Not your average demure grandma

Last summer, when I was cleaning out my grandmother’s Victorian home to prepare it for sale, a box shoved into a corner of the back attic caught my attention. I discovered it held a collection of tiny gift boxes no more than two inches square, carefully wrapped and tied with bits of ribbon. Memories flooded back as I took them in hand. I recalled stories of my grandmother fashioning these as Christmas tree decorations during the Great Depression. In those “waste not, want not” days she’d used pieces of paper and ribbon from gifts sent to her family by more affluent relatives and cardboard from discarded boxes to fashion these small delights to brighten her family’s tree.

As a young woman, instead of staying at home on the Miramichi, marrying, and settling down to raise a brood of children, she’d set off for Boston and a nursing career. There, she gained a reputation of being something of a rebel and a free spirit. Caught stealing apples from the orchard of one of the directors of the hospital where she was employed and threatened with dismissal, she gathered her courage and pride as she faced her accusers.

During the course of the questioning, she noticed the offended party didn’t once take his gaze from her. A man passed middle age, he unexpectedly burst out the confession that he thought she had the most wonderful brown eyes he’d ever seen. My grandmother, never a shrinking violet, acknowledged the compliment with a flutter of dark lashes. All charges against her were dropped.

Aware of her attractiveness, she never neglected her appearance. In her youth, before cosmetics became available at the local country store, she used goose, and sometimes bear, grease to keep her complexion smooth. A broad brimmed hat protected her face long before the days when the damaging effects of the sun became known. Her efforts proved themselves. Well into her 70s, she had a complexion of which any woman would be proud.

Besides her outward appearance, Nanna was staunchly proud of her Scottish heritage. She also had (for some reason I never understood) a bitter prejudice against those of Irish lineage. Imagine then her chagrin, when she returned to the Miramichi and fell in love with a handsome, charming Irishman. Could there have been a worse calamity? For weeks, months she tried to deny what her heart was saying, but eventually he succeeded in winning her hand where (according to her) a number of others had failed.

They proved a good match. My grandmother, with her rebellious nature and fiery temper, needed a man with my grandfather’s calm, tolerant soul. Under his guidance, she learned to accept the sometimes-irritating ways of others—even those of the Irish. One prime example occurred each Saint Patrick’s Day.

In the evening Grandad would shut himself in the den with a bottle of good Irish whiskey and the record player blaring “Clancy lowered the Boom” and other such classics appropriate to the occasion. Without voicing a word of protest, Nanna would sit up straight and stiff at the kitchen table, clutching a teacup, fervently hoping (perhaps even praying) none of the neighbours decided to pay a call until my grandfather’s tribute to his roots had subsided.

Later in the evening his romantic side would surface. Arm about my grandmother’s waist and singing “I’ll take you home again, Kathleen,” he’d escort her upstairs and firmly close their bedroom on the rest of the family. We knew better than to disturb them.

On those occasions, I don’t think my Grandmother regretted falling in love with an Irishman—not one bit. She always arrived at breakfast with a smile on her face.

Even though her family had been in Canada for two (possibly three) generations, she was possessed of a sense of clannish loyalty as keen as if she was fresh out of the Highland mists. The granddaughter of someone she viewed as having the blood of a rival Scottish family shared classes with me in elementary school. Nanna’s first question when I arrived home with a paper or report card, brown eyes snapping with challenge, was “Did you beat the Mac…”

While this ancient feud may have appeared pointless, it did have the positive effect of instilling in me the desire to work harder, to succeed in competition. The glow of satisfaction on my grandmother’s expression each time I “beat the Mac…” was all the inspiration I needed.

Nanna, for all her prejudice against the Irish and what she viewed as rival Scottish clans, held no such reservations with regards to members of the First Nations. She respected them and believed they had the ability to see the future. One lady from a local band visited her regularly each spring. She traded potato baskets she’d woven and may flowers for whatever garden produce and clothing Nanna could spare.

As she and the lady drank tea at the kitchen table, the indigenous woman would give predictions of the future. When my uncles went off to war, she told Nanna they would all return safely. My grandmother, throughout the long terrible years that followed, held that prediction close to her heart. In 1945 they returned safe and sound.

It was not only with her Indigenous friend that Nanna was willing to share. I recall each Saturday evening in summer helping her pull rhubarb and strip the thorns from roses picked in her garden. These she’d later deliver to sick and shut-ins. If our hens were laying, she’d also take along a few fresh eggs.

Conversely she had low tolerance for anyone who dared to steal from her. Once she chased a woman who’d stolen a loaf of freshly baked bread from her kitchen table out of our yard with a broom, yelling all manner of unladylike treats.

My grandfather paused in hoeing potatoes in the garden at the rear of the house to watch the performance.

“Your grandmother has a bit of a temper,” he explained to me casually and went back to his work as the pair disappeared around the corner of the house and down the street.

Halloween was one of Nanna’s favourite holidays. It gave her an opportunity to dress up and go visiting around the neighborhood. Welcomed along the way, especially at homes where they had a piano, she’d be invited in to play a few tunes and sing.

One Halloween, shortly after the war had ended, she decided to dress up in one of my uncle’s air force uniforms. My grandfather, sitting on the old couch in the kitchen, puffed on his pipe as he watched her leave the house.

An hour later, as he was reading a Perry Mason novel to me (he didn’t consider seven years old too young for what he termed a good yarn), Nanna burst breathlessly into the kitchen, ran past us, into the front hall, and upstairs.

Seconds later an authoritative knock sounded on the door and Granddad got up to answer it. A police officer, slightly breathless, stood there.

“Excuse me, sir, did you see someone dressed as an airman?”

“Is there a problem, officer?” My grandfather was evasive.

“Yes, there certainly is.” The policeman drew a deep breath. “He was just about to pull in a false alarm at the fire box on the corner. I caught him as he was breaking the glass.”

“No telling what mischief these young people will get up to.” Granddad shook his head ruefully. “Well, good luck in catching him, officer.” He turned to the table, took up a puffed wheat ball from a tray of the treats my grandmother that afternoon had made for visiting youngsters and handed it to the man.

“A very good evening to you, sir,” he said, gently closing the door on him.

When my grandmother cautiously re-entered the kitchen a few minutes later in robe and slippers, long brown hair she’d had pinned up beneath her airman’s cap about her shoulders, I said nothing. Over the years of living in my grandparents’ house, I’d learned not to question my elders. My grandfather got up and moved the kettle to the front of the oil stove.

Although she could behave a trifle outlandishly, as her Halloween escapade illustrated, Nanna, in many ways, upheld strict Victorian traditions. Good posture, for instance, was something upon which she insisted. How often I recall her admonishing me to sit up straight at the table or walk with head held high, shoulders back. Not only did one look better by exercising such positions, it was also good for internal organs, she said.

Nanna also influenced me with her storytelling. A romantic to the core, she’d regale me with tales of Boston ballrooms where young men rushed to fill in her dance card. When she didn’t have suitably elegant gowns or jewelry, she’d borrow them from more affluent friends. Photos of her taken during that era bore truth to the facts that she arrived at social events attired as elegantly as a lady of British aristocracy.

Years later, her glowing descriptions of romance and adventure would appear in many of my historical romances.

But as I stood with one of her little homemade tree decorations in hand, it was her efforts to make Christmas special, no matter what the circumstances, that came to mind. I recall my mother telling me of one Yuletide in the heart of the Great Depression when my grandfather couldn’t get home for the festive season. With all six children too young to go out and cut a tree, Nanna took a kitchen chair, placed it in the middle of the parlor, and assisted her brood to decorate it with whatever they could find around the house. Mom remembered it as being an absolutely happy occasion.

Another of my poignant Christmas memories of Nanna is of her cooking doughnuts in an old black cast iron frying pan. My job, as a child, was to roll them in sugar while they were still warm. Nothing ever tasted quite so good as those rings of fried dough washed down with a glass of milk on a snowy winter’s afternoon in a cozy, old fashioned kitchen.

Later I’d curl up in a rocking chair in the parlor and watch while Nanna trimmed the tree with those little homemade boxes she had fashioned many years previously. Even after our family became more affluent and manufactured decorations attainable, Nanna continued to hang her small contributions on the limbs.

She died of a massive stroke one day in December in her 80th year, a week before Christmas. She’d just finished trimming the tree and was enjoying a cup of tea at the kitchen table.

She and the Irishman she married had had six children and lived as a successful couple for more than 50 years. When my grandfather was about to follow her eight years later, he advised the family not to grieve his death.

“I’ve never been happy without Ida,” he informed us in his last hours. “Now I’m going to be with her again.”

We understood. To her last days, she’d remained the vibrant, free spirit who had once charmed a hospital executive into forgiving charges against her because of her sparkling brown eyes, and an Irishman into being her devoted companion for half a century. 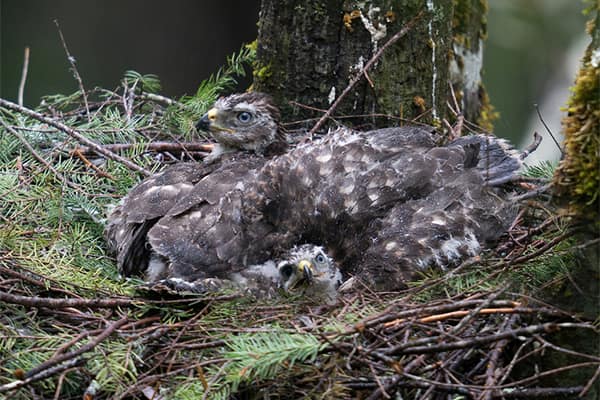 Time might well be nature’s way of keeping everything from happening at once. The arrival of Newfoundland & Labrador’s spring sparks a sprint for many wild plants and animals facing a short summer. 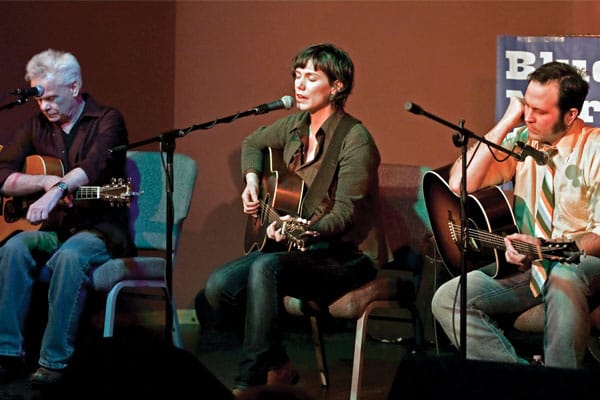 Born to a rich musical legacy turned tragic legend, PEI’s Catherine MacLellan has struggled to find her own voice. Now there’s no doubt she has emerged from beneath the snowy mantle. 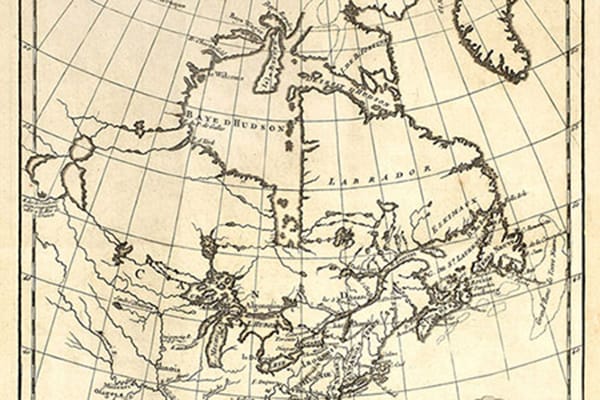 ANYONE READING historical publications will encounter places that cannot be found in a modern atlas. Some can be tracked down easily because the place was once famous. Carthage and Utica can be...