Reports of the death of print have been greatly exaggerated

For years, Christine LeGrow and Shirley Scott (aka Shirl the Purl) had been knitting Newfoundland style mittens and collecting traditional patterns. As a test run for a possible book, they printed and sold three sets of pattern cards—Smiling Land Mittens, ’Round da Bay Mittens and Some Warm Mittens.

When the pair were looking around for a publisher who might consider a book of Newfoundland mitten patterns, they thought of Gavin Will and Boulder Books of Portugal Cove-St. Philip’s, just outside of St. John’s, NL. At the time, LeGrow and Will were members of the Craft Council of Newfoundland and Labrador, as well as fellow vendors at the Some Good Market in St. John’s where LeGrow was representing Spindrift, her own knitwear company.

One day, Scott dropped by the market and struck up a conversation with Will and LeGrow about their book concept. When the knitters asked the publisher if he’d consider such a thing, his answer was an enthusiastic yes.

LeGrow says, “We asked Gavin because he published books that appealed to the same readers we wanted to reach, individuals with a keen interest in Newfoundland culture and history. He gets it, the tangible and intangible cultural heritage value for society.” She adds, “Plus we told him how many pattern card sets we had sold.”

Saltwater Mittens was published in 2018, quickly becoming Boulder’s bestselling book ever and winning the Best Atlantic Published Book Award. Its sequel, Saltwater Classics, a book of more patterns published in 2019, is almost as popular. Together, they’ve sold about 35,000 copies.

From frying pan to fire

In 2002, when Gavin Will started what was then Boulder Publishing, it was a precarious time to launch a publishing company. The internet was young and the first cell phone with a built-in camera had just been released, but the writing was on the wall. Amazon had already been selling books for seven years and was threatening to upend the book world. E-readers and e-books were the future. Cumbersome paper books would soon become as rare as LPs and 8-tracks. On a personal level, this internet thing had just put Gavin Will out of a job.

“The internet destroyed my career as a journalist,” Will recalls. He’d graduated from the journalism program at the University of King’s College in Halifax and had a successful start as a freelancer, specializing in business journalism and publishing with prestigious outlets like The Globe and Mail, Reuters News Agency, Bloomberg News, the CBC and The Telegraph in St. John’s.

“I was one of the earliest victims of the internet because I was a freelancer,” says Will. “I found myself unemployed with small children to raise.” Will says he wasn’t intending to start a publishing company. Out of a job, he turned to a project he’d long thought needed doing, reprinting a century old book, A History of Newfoundland by Daniel Woodley Prowse, first published in 1895.

“I felt this would be a very popular book if I was to reprint it, which I did in 2002,” Will remembers. His instincts were right. The book was a hit. “But I would go to conferences and be told by so-called experts that book publishing was going the way of newspapers, which I had basically been expelled from. I went from the proverbial pan into the fire.”

He admits to the good fortune of having a spouse with a job. “I was only doing one or two books per year. If it wasn’t for the fact that I had somebody to pay the bills for the first few years, I don’t think I would have gotten very far.”

He had to reprint those first books, they sold so well. “I was very fortunate that I chose wisely. Not all book projects sell like that. Sometimes I guess wrong.” The success of those early books proved to Will that print publishing wasn’t doomed after all.

A knack for guessing right

Guessing right is something Will has been doing ever since. “One thing that was lacking in the Atlantic region were field guides to nature. That’s where I focussed the company’s efforts.” He’s published hiking guides and guides to wildflowers of Newfoundland, Nova Scotia and New Brunswick, as well as to whales and dolphins and the birds of Newfoundland. “People still like to have books,” he says. Will believes reference book buyers are eager to detach themselves from their screens and browse a book rather than the web, to thumb through the pages, making connections and learning while avoiding the many distractions of the on-line world.

“Those have been the bread and butter of the company,” says Will. “We have solid sales every year. History books have done extremely well, too. These books pay the bills when you’re producing new titles you’re not sure are going to take off.”

Saltwater Mittens was one of those uncertain new titles. “When we published it in 2018, we printed 2,000 copies and hoped for the best,” he says. “It sold out almost immediately. We had to keep reprinting the thing.” The book is in its fifth print run. “It’s turned into a North American best seller.”

Other Boulder books sell in the hundreds, although most sell in the 1,000 to 4,000 range. Will believes he lucked into a confluence of circumstances that made the Saltwater books such a resounding success. “Knitting as a hobby has undergone a resurgence. The community is connected continent wide on social media, and the authors of those two books are well known in Atlantic Canada. We had a built-in audience.”

It’s partly due to the success of the knitting books that Gavin Will was able to hire additional staff last year, bringing the total to five. Boulder sells on the East Coast through regional wholesalers and directly to retailers. Elsewhere in Canada and the US, Boulder has a distribution agreement with publisher Fitzhenry and Whiteside. “In terms of growth,” says Will, “we more than doubled our sales in 2019 over 2018.”

Regardless of their success, Will was highly motivated to publish the Saltwater knitting books. His motivations speak to his vision for Boulder Books. “I consider these knitting books to be important culturally. There’s a return to interest in traditional crafts and foods. I’m particularly proud that the books are preserving traditional knitting patterns. Like Saltscapes, local is our strength. It’s also creating interest in traditional knitting patterns far outside the borders of Newfoundland.”

Christine LeGrow and Shirley Scott believe they found the perfect publisher for their books. “Boulder books are beautifully put together,” says LeGrow. “They’re excellent when it comes to marketing Newfoundland and Labrador books. Most importantly, they have a knack for choosing topics that connect with their target market, and they know how to complete the task well from concept to finish.” Boulder is currently considering the pair’s proposed third book, Saltwater Gifts.

Will believes in seeking out unique market niches. “If you do it properly, you stand a greater chance of success,” he says, adding that small publishers are able to take risks on books that large, international publishers won’t go near because of their need for volume. “Without small publishers, important books wouldn’t get done.”

Offering an example, Will says, “In 2008, I reprinted a book called A Treasury of Newfoundland Dishes.” Sally West first published the book in 1958. “We sold about 25,000 copies. People have a visceral attachment to this book. It reminds them of family, of home. It’s a good-news story.”

It’s Gavin Will’s commitment to local culture and heritage that’s made Boulder Books into a good-news story in its own right. 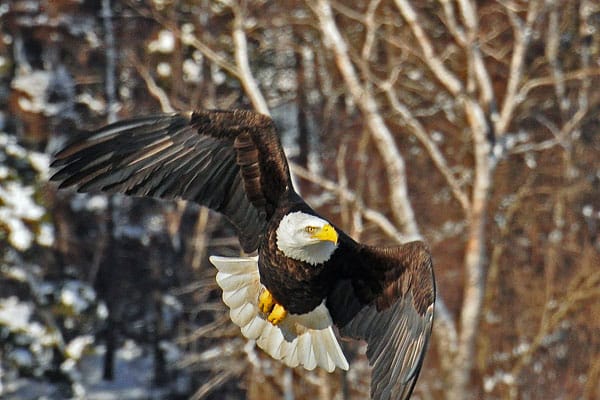 The "Eagle Watch" has become an annual tradition in Nova Scotia's Annapolis Valley. This weekend, avid photographers and nature lovers — and those in search of a great way to spend a winter day — 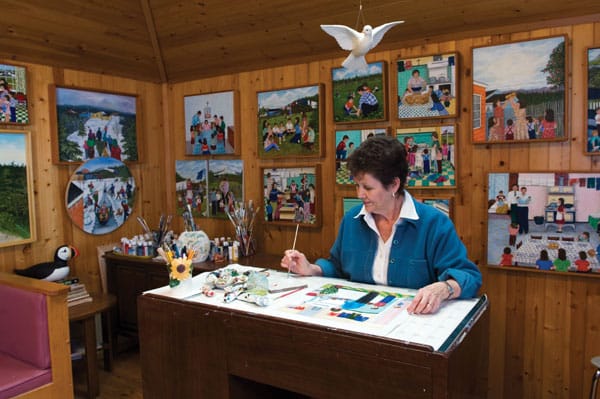 A father gathers his children around the double bed and places a new born baby on the quilt. He places a second baby alongside the first. One of his sons, surrounded by half a dozen siblings, looks up... 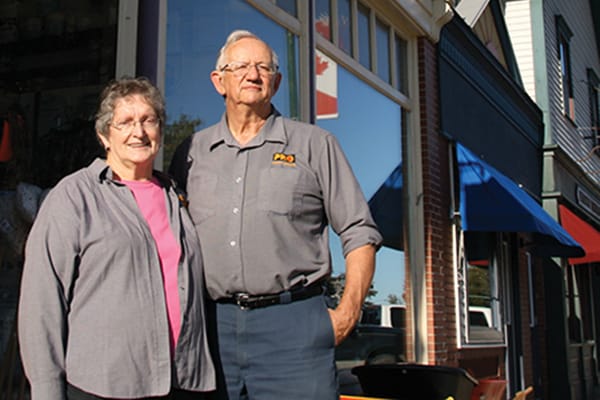