A traumatized man with both legs recently amputated is found abandoned on the seashore in 1863. For the remaining 49 years of his life, he never speaks intelligibly and avoids interacting with others. He takes his identity and history with him to the grave.

An unregistered ship full of contraband alcohol strands on a tidal beach during Prohibition. Its cargo mysteriously dwindles after offloading.

The local handyman/junk peddler turns heads by driving his pony around in a convertible with the back seat removed. At least one artifact he barters is said to originate from the ship full of contraband booze that ran aground 50 years before.

Intriguing personages appear and odd events occur in every community. The 251-year-old Acadian region of Clare in southwest Nova Scotia (stretching 50 kilometres along St. Mary’s Bay between Saint-Bernard and Salmon River) has certainly had its share of both. Among three stories that still feature in local lore, one has gained near-mythical status.

The tale of the legless castaway, Jerôme, has fascinated local and international historians since the young man was found abandoned on the shores of Sandy Cove, near Digby, NS, in September 1863.

More legends exist about Jerôme than documented facts, but Meteghan-based archivist and local historian, Harold Robicheau, has meticulously traced Jerôme’s known history. His findings were a major resource for the website Canadian Mysteries.

On the morning of September 8, 1863, local fisherman George Albright didn’t believe his young children when they ran to tell him that a man with bandaged leg stumps was lying by a rock in Sandy Cove. Albright found the incoherent, half-frozen young man with a jug of water and a can of ship’s biscuits beside him.

A strange ship had tacked back and forth the previous evening off the narrow strip of land known as Digby Neck. This ship, locals surmised, had deposited the invalid ashore, with scant sustenance and the risk of drowning in the next high tide.

The fair-haired, blue-eyed young man, in his early 20s, received medical care, food and dry clothes. His own garments were of fine quality, from silk underwear to a blue serge jacket with all buttons and markings cut off. His legs had been surgically amputated above the knee with great skill, not long before he was cast away. He muttered what sounded like Jerôme, so that became his name.

For seven years Jerôme lived in nearby Meteghan with a Corsican, John Nicholas, who spoke several languages and tried in vain to converse with the young man. Jerôme refused to speak yet seemed to understand French, English and Italian. After his legs healed, the ends were covered with leather caps, and Jerôme ambulated using his hands and leg stumps.

In 1870 Jerôme was moved to the home of Nicholas’s brother-in-law Didier Comeau in the nearby hamlet of St. Alphonse. Didier and his wife Elisabeth had four children and in ensuing years, added nine more. While Jerôme refused to interact with adults or look them in the eyes, he apparently enjoyed being with children. He watched the Comeau offspring grow as he aged.

Most days he sat on a rubber mat beside the wood stove in the kitchen or parlour, huddled close to the heat. In summer he basked outdoors in the sun. Jerôme never worked, wrote or drew; showed no interest in books; and refused to look at photos. He ate whatever he was given.

The Comeau family (paid $104 per year for Jerôme’s care by the government of Nova Scotia) kept him clothed and fed. They also displayed him to visitors for a few cents, and at times tormented him to try to elicit speech.

In 1975 Martin Le Blanc, a native of Meteghan, interviewed an 85-year-old local woman who had visited the Didier Comeau household as a child. She and her playmates liked to drop small items through the second-floor heating grate on to Jerôme as he sat by the stove. Angered, he would snarl what sounded like “Scurra, bambino!”

His only documented words were “Trieste” when asked his origin, and “Colombo” as the name of the ship that carried him and then cast him away. When he unintentionally spoke, Jerôme became morose. If he heard the words “pirate” or “traitor” in English or Acadian French, he flew into a rage.

Harold Robicheau and other historians believe Jerôme was the man known as Gamby, who jumped ship in Saint John, NB from an Italian vessel on which he may have stowed away. Records show he worked in Kings County, NB lumber camps until March 1863, when he either got lost in the woods or slipped between logs in a river, injured his legs and nearly froze to death. A Dr. Peters of Gagetown amputated his gangrenous legs to save his life.

After a few months of caring for Gamby, local Overseers of the Poor paid a ship’s captain $10 to carry the man to Maine or Boston; instead, the captain dumped Gamby/Jerôme in a Nova Scotia cove.

Jerôme died on April 19, 1912 of “old age” and is buried in Stella Maris Cemetery in Meteghan. He reportedly tried to speak when given last rites, but could not. The sinking of the Titanic on April 15th that year overshadowed news of his death.

Book chapters, a play and a short film have explored the mystery of Jerôme. Theories about his identity and past abound:

Whatever the truth, Jerôme clearly sustained lifelong physical and mental trauma. He remained an isolated, tormented soul within the Acadian family and community that sheltered him for 49 years.

On a lighter note: The Retour brings a bounty of booze ashore

Shipwrecks were not uncommon on the wide, reef-strewn tidal shore of Cape St. Mary (20 kilometres south of Meteghan); hence the lighthouse built at the Cape’s highest point in 1868. But the grounding of a two-masted vessel in late December 1927 brought an unexpected Christmastime bounty to this small fishing village.

Customs and Excise officials commandeered a local lobster boat to board the stranded ship. They hired local men to unload the illicit barrels and bottles of booze that filled the ship right up to its hatches.

Fifteen to 20 teams of oxen from Cape St. Mary, nearby Mavillette and Salmon River arrived from December 24 to 26 to unload the cargo and store it in the Doucette family barn, just above the shoreline. The Retour disgorged 5- and 12-gallon kegs of rum, 45-gallon barrels of alcohol, and hundreds, perhaps thousands, of bottles of champagne, rye and whiskey.

Officials deputized two local men to guard the cargo. The following morning they were found passed out in the barn, and the contraband was several barrels short. Nor did all the bottles reach safe storage.

Local lore holds that bottles from Retour turned up for years after the shipwreck. In spring 1929, a Cape St. Mary farmer uncovered, stashed amid the hay in his barn, a bottle of champagne from the wreck.

The Nova Scotia Government confiscated the remaining contraband liquor. A trial of captain and crew in Yarmouth was suspended, as the cargo became salvage when Retour ran aground.

But Retour did not escape the sands of Cape St. Mary. After the captain was released and attempted to sail out of the bay, he ran into a southwest gale that sank the ship. Its keel and a few ribs were visible in mud off the Cape St. Mary wharf until they eroded away within the past five years.

A few artifacts from the Retour remain in Clare. A Doucette descendant, who still lives in the family’s 200-year-old Cape St. Mary house, inherited an oil lamp and barometer from the luckless ship, given to her grandmother as thanks for housing the cargo. The crumbling shaft of Retour’s anchor rests outside D.J.’s Diner in Salmon River.

Leo à Jeff: The peddler who chauffeured his pony

Joseph Leo Comeau claimed: “Work will kill you”, so he bartered and traded his way through life. From the 1960s until his death in 1995 at age 79, the Meteghan native was known as Leo à Jeff (son of Jeff) to distinguish him from the many other Leo Comeaus in Clare.

Leo’s claim to fame (aside from his irreverent attitude and love of chewing tobacco, despite being toothless) was trading three goats for a pony he named Rambling Rose. A photo from the 1970s shows the pony saddled, with a bridle and pink cape, riding in the back of Leo’s Plymouth Fury.

“Leo was a wheeler and dealer who always flashed a roll of cash,” recalls Dave Le Blanc, owner of D.J.’s Diner and Cape St. Mary Boat Builders and amateur local historian. “He somehow got hold of the bronze bells from the first Catholic church in Meteghan. Nobody ever saw them again. He probably melted them down.”

One Cape St. Mary summer resident (“Sam”) traded Leo a piece of his artwork for a fine wooden cabinet in the 1980s, when he spotted the cabinet atop a pile of goods the handyman said he was taking to the dump.

Except, according to the woman who had owned it, the item wasn’t scrap. Her father salvaged the cabinet from the stranded Retour, and it vanished during renovations. Though shocked to see her former heirloom decades later in Sam’s summer home, she shrugged: “Well, you may as well keep it after all these years.”

Leo bartered cars, trailer axles, tires and bicycles. This early adherent of “re-use and recycle” drove around with a pony in the back of his convertible on sunny days “just to show that he could,” says Dave Le Blanc.

Many locals who still recall Leo’s roguish flamboyance were grateful for his resourcefulness in finding and trading goods they needed. He was a modern example of the unique characters and resilient attitudes of Clare.

Acadians emigrated to the Maritimes from France starting in 1604. They successfully farmed the Annapolis Valley until the British confiscated their rich lands, murdered and forcibly deported them by the thousands from 1755 to 1763.

Starting in 1764, Acadians who returned (or had sheltered in the woods) settled along the shores of Clare, as British descendants occupied their former lands. Farmland was meagre so Acadians mainly fished, logged and built boats. Today, the local fishery is thriving and most in the region have left hard-scrabble days behind.

About 70 per cent of Clare’s 8,500 inhabitants are Acadians who speak their own dialect of French. Acadian culture has flourished in the more recent decades within a vibrant arts, food, music and festivals scene.

A passion for medical care

Getting to know Dr. Lisa Bonang 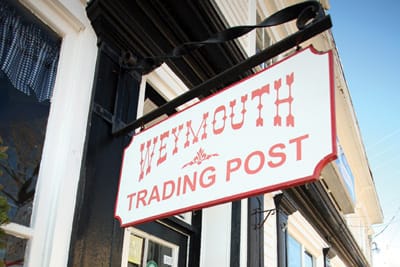 An explorer lives in each of us. Some explore with books; others delve into scientific matters. Some venture far afield; others stay close to home. I like to explore our Atlantic provinces and...