In Nova Scotia, she found a place where her work could truly flower

by Margaret Best, as told to Philip Moscovitch

I haven’t even reached Margaret Best’s house in Chester Basin yet, and I’m already taken by the beauty of where she lives. It’s December, one of those picture-perfect winter days in Nova Scotia, when evergreen branches sag with fresh snow and you can feel both the brightness of the sun and a hush in the air.

It seems the perfect setting for a botanical artist—someone devoted to not only capturing the images of plants with painstaking scientific accuracy, but also revealing something of their true nature.

Inside, Margaret sits at her desk, an oak leaf carefully held in a tiny clamp above the drawing she’s working on. An arrangement of oak leaves and dried poppy heads sits beside a sketch of a pair of mushrooms. The room is filled with all things botany-related: paintings on the walls, stacks and stacks of books, brushes, and pencils, and notebooks with page after page of plant sketches.

Although she’d always made art, Margaret only began formally studying botanical art in the late 1990s. Since then, her work has been exhibited around the world, and several of her designs have been featured on coins produced by the Royal Canadian Mint. Margaret maintains an active teaching schedule, giving workshops as far afield as Italy, Spain, Bermuda, and South Africa. But she wants to emphasize how grateful she is to the Chester Art Centre, where she teaches regularly, for its embrace of botanical art. Of her teaching, she says, “I really enjoy working with people who’ve never had a relationship with art before. People who’ve always believed they couldn’t, and who say, ‘I’m not going to be of any interest to you because I can’t draw at all.’ I really enjoy helping people like that find that they can. I get great pleasure in helping people discover art through nature.”

“I grew up in South Africa, in Johannesburg, though my heritage is 100 per cent British. From a very early age, I had an interest in art, and I had a father—a really brilliant father—who wanted his three children to make it academically. He was ahead of his time, wanted me to not ever be held back because of being a woman, and really encouraged an interest in science. I could do math. I could do science. When I popped up with an interest in art, that didn’t fit the profile he had in mind.

After studying at university, I took a gap year and went to England, and then I decided to go back to South Africa and be a good girl. So I became a math teacher in a very prestigious girls’ school in Cape Town, and then the art teacher became ill. The principal called me and said, you’re it. So I ran the art department straight out of the gates. And then I went back and got some additional education on teaching art, because I felt really inadequate. Being an artist is not the same as teaching art.

The part I loved the most when I was in the sciences was the detailed diagrams. All that stuff just kept me hooked. When I was in high school, during an exam I did a drawing of the cross-section of a heart, and afterwards the teacher said well, you know, it doesn’t have to be a masterpiece. A diagram would do.

The reason we are here in Canada, is that my husband’s career took us to Alberta when we first immigrated. Michael and I got married very young, right out of university. I had travelled, but he’d never travelled outside Africa. He got a job in Toronto, and later we moved to Calgary. A friend of ours said the oil patch is looking for people, and I loved the mountains. We got there when the population was about 600,000. And it was in the days where you could leave your front door open. That changed.

When we were in Toronto, I went to George Brown, I did photography, I did ceramics—and I came across a gal who was doing medical illustration. I went around to her condo and saw the stuff she was doing and it took me back to the diagram of the heart. And I said, well, I think I’ve got to do this. I’m going to investigate. And then it came to the part where you had to be a part of an operation and draw what you saw. No. That’s not going to happen. So that kind of put medical illustration right out of my mind.

I’d always drawn nature. Wherever we travelled, I would take simple art supplies along with my sketchbook and I drew the flotsam and jetsam of what’s out there. But I didn’t have a name for it.

After my father passed away in England, going over to the Cotswolds to take care of my mother was a three-week annual trip. In 1999, when I got there, she had this little note: “Nature in art, Lynworth, Coombe Hill, turn left.” She had dementia, not full-blown Alzheimer’s, but the dementia was setting in, and I said, ‘Mother, come here. Turn left, Coombe Hill?’ She said, ‘Take me there. I’ll find it.’ And it’s a museum called Nature in Art—a beautiful old stately home that’s been converted into a museum dedicated to the art of nature.

There was a sign there that said botanical artist in residence, in the garden gallery. So I went down to the gallery. She acknowledged me and I thought, oh my God! This woman is as nuts as me. I looked at it all, and a lot of it was South African stuff, and then my mother came down while the artist was working away, and then she says in a loud voice, ‘You can do better than this!’

The artist was Ann Swan—I have one of her books down there. She is one of the major artists in England. She has a phenomenal reputation and is a very good teacher. I sent my mother back to the coffee shop and I spent an hour with this woman. It was an epiphany: a total epiphany. That was in 1999, and I haven’t stopped since. I feel like a fraud sometimes because I have these people just heaping praise on me, but I’m doing what I was trained for, what I love.

Botanical art is dominated by women, but it wasn’t in the beginning. It used to be an art form dominated by males, because they could go on voyages of discovery. In the Victorian era it was not okay for women to become scientists, so botanical art gave women who were interested in horticulture and plants an avenue of expression.

Botanical art is a slow process. I think part of its appeal is awareness of nature and the need to preserve it. It’s also an antidote to the frenzy of our lives. I call it green therapy because it involves nature. It enhances people’s awareness. It’s an art form that informs, but it’s so intense it makes you forget about the rest of the world.

The slowness of it is linked to the high detail, of putting in as much information as is visible.

Somebody asked my husband one day, ‘How long does it take her to do a painting?’ And he said, ‘It depends; she can spend a day on a leaf.’

This has made me see detail in a way I’d never seen it before. I learn every time I do something. I learn so much about the plant—its structure, and the wonderment of its structure, and how it occurs, and how we need to preserve it. We need the connection. We have to touch it, turn it, understand what’s behind.

Nature’s fragility: all that comes into it.

You don’t make things up and you don’t have to have the perfect specimen. If it’s got a hole eaten out of it—by the way, mushrooms are real victims of that—you put that in. If we have a branch that’s really destroying this composition, we can trim it. But you have to show that you trimmed it because you have to stay true to the plants. You can’t just eliminate things and pretend they weren’t there. You can’t just have a branch or leaf coming out where you choose, because some botanist is going to say “no.”

We moved here in 2018. Michael wanted the ocean. He grew up near it and he had this thing about being back at the ocean. And I just absolutely love the setting.

For me this is a passion. And coming to Nova Scotia, living like this, I say to myself, what the heck was I doing in an inner-city suburb for 30 odd years? It’s like this enormous relief, or release. I couldn’t be happier, and the connection to nature is huge.

When we first moved here, two things hit me right away. You know, almost like a two-by-four. It’s so quiet. And we came in January. So, is there anybody out there? Can I see a car go by? It was almost too quiet. It was overwhelming and almost deafening. And then the darkness. I’ve never slept this well before. In Calgary, it never got dark.

I came along the road here one day and there was a recently felled tree. And I went to photograph the stump. And on the stump was this white layered frill? What the hell was this? I couldn’t believe it. I didn’t manage to capture it. I didn’t manage to draw it or capture it because of timing. That’s the other thing: You can’t go crazy with it. So much to do and no time to do it. I have many projects started and not finished—and I have to wait for the next season.

It’s about life. I know when I’m at my happiest is looking out the window at all this life and doing this. Because you just get immersed in that world. In the summer, when I’m sitting here painting, I’ll say there’s something going on out there. There’s something new there. Within an hour. I can go out and find something new.” 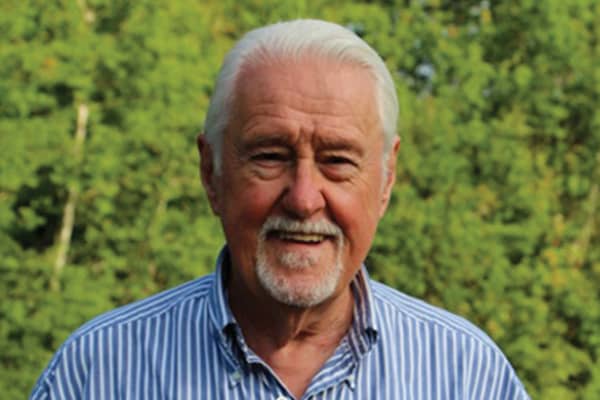 Why did early settlers choose to live where they did? 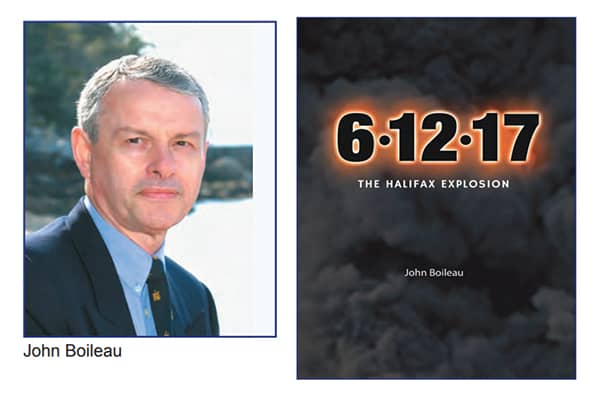 If you’re looking for a great gift for the history enthusiast in your world, and they have an interest in the Halifax Explosion, John Boileau’s book is ideal. It reminds me a bit of a scrapbook,...