When the long-awaited migrating birds have returned, the last decaying chunks of river ice have melted from along the shores, pine and spruce logs are being rolled into the river for driving, and the poplar trees are sprouting a mouse’s ear of new leaf, my mother asks if I will go and catch a salmon, as we have no fish for the Good Friday supper.

It is that time in the spring when the heat from the kitchen wood range is still appreciated and my mother is into house-cleaning. Outside, the scent of cat urine is strong in the woodshed, and the barn’s smell of cow manure—potent now in the dampness—can be detected from our front veranda where the fibreglass fishing rod hangs on moose antlers.

On this dark, rainy day in early May, I bundle up and, grabbing my fishing rod, stomp down the flat to the old wire bridge. There are still patches of snow in the swamp in back of the brown field with its map-shaped patches of ash from the grass fires. Because of the wetness, there is a sour smell in the meadow along the pathway; it mixes with the ash to bring a dump-fire odour.

I labour up the weather-beaten, plank steps and, feeling the dampness of the river and hearing the freshet sounds, I make my way across the shaky spans, staggering against the flapping cables, looking down at the big rain-dappled, smooth-flowing river, so near the boards. In a state of dizziness, look across to see Harold Gray on the far side casting his self-made buck-tail streamer out into the curls of Charlie’s eddy.

My mother has told me many times to not look down when crossing the wire bridge, especially when the water is this high. Rather I should hang on to the cables, stare at the opposite hillside to keep the bridge from moving upstream at the speed of the water that spills around the centre abutment to make a wake and a foam-line that trails down river for a long way.

Sometimes, when the water is low and the black salmon are in the middle of the river, I fish from the bridge, walking back and forth with the transparent leader, casting line and some of the backing that swings far below me, although it is illegal to do this. From this vantage point, I can see a fish chasing after my fly-hook for a long ways off.

Once in late spring, Harold and I set a gaspereau net under the bridge where Harold sat on a bench and smoked tobacco. Because he is night blind, he could not see two inches down into the dark water. From up on the bridge I could detect the fish coming up the river in schools. They made a little wake as they travelled over the shallows, and I threw rocks into the river to scatter them out into the net. With the boat, Harold took them out of the two-inch fine-twine mesh and put them into a five gallon galvanised drum to be shared by both families. We got our winter’s supply of gaspereau that way.

Now I can see that Harold has built a small fire on the ground, behind some short, scrubby pine trees. The blue smoke filters through the tree branches and drifts out over the water. And there is the splash of his heavy streamer as it hits the water, like a 22 bullet, well out at the edge of the fast moving river. When I get to the eddy, he does not speak; rather he keeps casting and retrieving his fly-hook, the coils of the casting line wound round his left hand. And I think, it‘s not necessary for me to break his spell, no need for words just now.

Over the driftwood fire, hangs a black pail of bubbling brown tea and in the dead grass there is a tattered raincoat and a pack of Players tobacco and papers. (Harold is wearing his mackinaw coat and stocking-leg cap.) It is always a few degrees colder here at the river, I think as I warm my hands and roll myself a smoke, lighting it with a branch from the flame. The cigarette makes me cough as I am too young to be a full-time smoker and only have one when I fish with Harold. Sometimes he scolds me for using his tobacco without asking, and at other times he is offended if I asked him for a smoke. He is never the same character two days in a row. It depends on what frame of mind he brings to the river, and if he is here for healing, or just to catch a fish.

He holds up four fingers, so I know he has caught four salmon and released them. He is not here for the fish, rather just to be at the river, even on this raw day, especially on this raw spring day. He knows too that at this time of day, I have come here to take home a fish for the supper table, and because he has already caught many, he moves up the shore to give me the hot-spot at the mouth of Charlie’s Brook.

This is where the big spring salmon hang out, right in close to the dogwood, alder and willow bushes that grow out into this water. And using a weighted-down hook that Harold has tied (he has wrapped a thin strip of sheet lead along inside the body of the hook) I cast as far as I can, out into the moving stream, and stroke the streamer toward me in spurts, letting it go low, sometimes catching my hook on the bushes, freeing it by stripping in the line and poking at the hook with the tip of my rod, before casting again…

Until from a long deep-swinging cast, I feel a pull from the depths and see a swirl. I set the hook by holding the line and jerking the rod into a semi-circle. I holler above the water sounds, “There’s one!” And Harold reels in his line to give me a hand in landing the fish.

I move back on the shore and hold my rod high so that Harold can work under the line and get down to the water’s edge and grab the fish as soon as it tires and comes near the surface so that in this brown water, only its head with the yellow streamer in its mouth; can be seen. And for a time we can see only the streamer. The salmon holds deep and circles the eddy many times before nosing up to the shore grass, its narrow back out of water. Finally Harold is able to grab the fish by its tail and half swing; half toss it up into the grass so that I can wrestle it down and take the hook out of its gaping jaws. The fish is a good eight pounder that would have weighed 12 pounds the summer before it came up the river to spawn.

Having finished my smoke, I pick up my fish by the gills and strike out across the wire bridge and up the flat to home. Few words have been spoken by either of us, but there was great communication and a great deal could be taken as understood. It is a kind of game we play, boys against fish; river sounds against idle chatter. And I think of the words of Norman MacLean, “A river has many things to say and it’s hard to know what it says to each of us.”

At home, the salmon is cleaned and cut into steaks. My mother, having rolled them in flour; puts them into the big doughnut-frying pan, a maple stick in the stove. The steaks sizzle and the skin turns crisp to make smoke in the kitchen. Then they are placed on a platter to be put on the big oil-cloth-covered table and served with fresh fiddleheads, a sprinkle of vinegar, a squeeze of lemon and half-peeled potatoes. Later in the evening, the leftovers will be enjoyed with the wide, heavy slices of home-made bread and molasses, to be mopped up and savoured with a cup of black, bulk tea from the kettle that is always singing on our kitchen range.

And in this taste there are symbols of the river. She is a grand old mother, a provider, a healer, a place of recreation, of commerce, of security, of home and family and of good times.

And I think that it is good to live on the banks of a
great river. 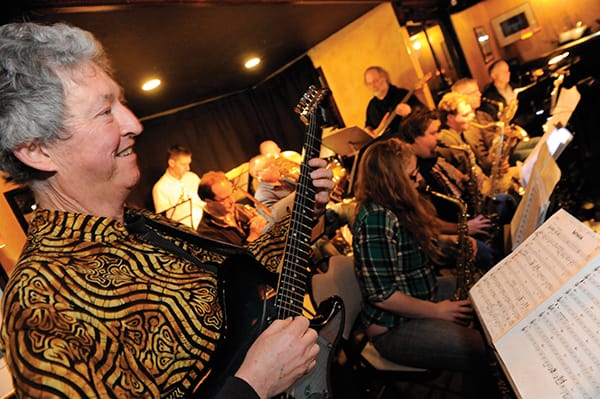 Music of the Heart

GUITARIST, composer, conductor and part-time university instructor, Scott Macmillan started in blues and rock bands and went on to jazz, folk and classical ensembles. As a composer, he’s had his... 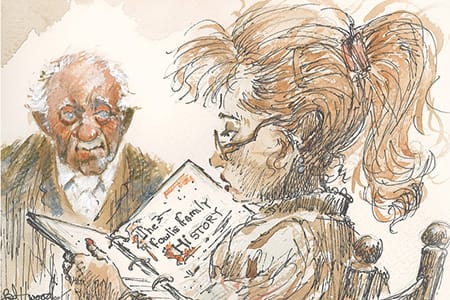 A Scholar and a Gentleman

Christmas would fall on Friday. Relief flooded through my eight-year-old veins as I perused the month of December on the kitchen calendar. That meant Uncle Johnny wouldn’t be at our house for either... 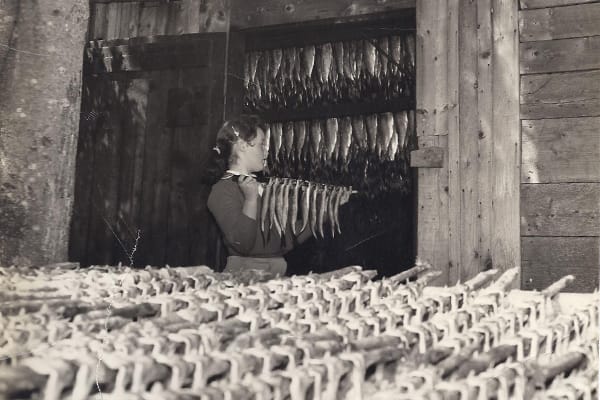 Free for the Catching

When I was in my 20s, I invited a friend from the West Coast for a spring visit to my home in Argyle, NS. I told her the only hitch was that I would be “kiacking” most evenings, but she’d be welcome...