Farming on her Own

In 2010, after living and working in England for several years, Heather Squires decided it was time to return to the east coast of Canada and apply what she’d learned about traditional, small-scale farming and cheese-making in the UK and Europe.

“My career was built around international community development, and environmental and animal welfare issues, but not in a practical, hands-on way,” she says.

One afternoon, Heather went online to check out properties for sale on the south shore of Nova Scotia—and put an offer on the first one that came up, a 75-acre homestead in Blockhouse, Lunenburg County, with a farmhouse dating back to the 1770s.

Two weeks later, for the Easter weekend, she arrived in the county to do a walk-through of the property. The farmhouse was built by the Hirtle family, German settlers who came to the South Shore as part of the British strategy to strengthen their position in the area. It was the right-sized farm for what she needed, but what won her over was the enormous 240-year-old hearth dominating one wall in the kitchen.

“The most important thing to me was the land and anything to do with the house had to do with historical features. So the llamas in the field and the big fireplace and the spring weather in March…”

Heather was sold, and the farm was hers. Now all she had to do was turn her technical knowledge into actual skills.

How sweet it is

After discovering “Sweetwood Farm” carved into a concrete block around the base of the flag pole, Heather resurrected the name. Even if it didn’t come from the original settlers, carrying on the name fits into Heather’s mission to maintain the property as a small-scale traditional farm.

It’s a far cry from her urban upbringing in St. John’s, Newfoundland, and her rather academic work with international community development.

“I was more involved in the delivery of support to people who are fishing, farming, involved in forestry, in a university, government and charitable context,” Heather explains. “I don’t have a traditional farming background; I come at it from more of an intellectual or scientific perspective. But I’m extremely passionate about what I’m doing.”

Her work convinced her to practise what she preached. “For me, the principles of ethical farming and ethical animal welfare govern how I operate more than the financial viability and success. Having been involved in those issues for years, I’ve now flipped over from supporting people in rural communities trying to exist sustainably off the land to being one of those people.”

The idea of her own dairy farm had taken root while she lived in England.

“I’d technically learned about integrated farming and biodynamic farming and various ways to approach small-scale farming—but living in rural England, I was exposed to the dairy side,” she says. “There was a fantastic infrastructure for learning.”

She started taking cheesemaking workshops and says she became “quite addicted to learning about cheesemaking”, visiting more than a dozen dairies in the UK to learn how each company made their particular cheese.

She also studied in Italy, and later, in the United States, including a workshop in Vermont with the renowned French cheesemaker, Ivan Larcher.

Right from the start, Heather knew she wanted to keep goats and use their milk to make her own cheese. Her main milking breed is Swiss Toggenburg, the rarest dairy goats.

“The goats we have here on the farm are all heritage animals; just the like the farm itself, the breeds of chickens, pigs and goats have been chosen for their heritage and for the features those heritage breeds bring to this land here in Nova Scotia.”

Except for one brief foray into mechanical milking, Heather milks her goats by hand.

“It’s extremely gentle milk which also means it’s extremely fragile milk,” she explains about her labour-intensive choice. “It also means my interaction with the girls is better. It takes longer but it ties into the ethical dairy principles.”

As she went through the lengthy
process of getting licensed, Heather transformed the property’s former abattoir into The Creamery, where she processes her milk, makes cheese, and sells it from the small shop at the front.

“I’d like to sell product more from this property rather than go to farmers’ markets. Because I’m a one-person operation, it’s difficult to milk my goats by hand in the morning and feed
everyone else then get to the market
by seven a.m.”

Heather calls herself a ‘farmstead cheesemaker’.

“The term means it’s my animals, my milk, and my cheese,” she says. “People talk about farm-to-table; I say it’s grass-to-glass since I control the kind of grass the goats get access to. It’s really important for me to have control over the milk; it’s a single-source milk supply, and there aren’t many cheese producers in Canada who can say that. My milk changes through the year, as lactation cycles change, so the kinds of cheese I produce change through the year.”

Right now, her main product is fresh goat cheese, which is a soft cheese. Because she milks by hand, her milk has a high fat content that produces a creamy and potentially mild cheese.

“I don’t kid every goat every year; I try to keep them in milk longer, which is another reason why I get really creamy milk. That’s also healthier for the goats.”

Soft cheese is the foundation for a variety of other cheese products created through ageing, adding various cultures, yeasts or blooms. “It’s a traditional French approach to cheese production because they always start with the same fresh goat cheese. Then it’s how you work with it.”

Heather also generates income through teaching. As “The Curd Girl” she offers cheesemaking workshops at the farm during the fall and winter, and is looking to expand this education side of her enterprise.

“Showing people how food is produced in a low-tech way and how they can do it in their own home is really important to me. When I teach classes, I’m always emphasizing that it’s not really expensive, they don’t have to have expensive equipment.”

The farmer, not the farmer’s wife

“More and more women are doing it alone,” Heather says. “People show up and ask to speak to the farmer—and the farmer is me.”

When she moved onto Sweetwood Farm, Heather didn’t have a lot of mechanical or veterinary skills; she had to hire someone to help and learn for herself. That means she’s now very supportive of others who find themselves in a situation where they suddenly are farming alone by choice or by circumstance.

“I will wave the flag and say ‘Absolutely, it’s possible’ but there are considerations around that. If it’s something I can’t physically move, I have to get someone in to help me.”

She praises the volunteers who respond to the notices she occasionally puts up about a work day on the farm. “I have to give credit to all of those who have shown up to help.”

The biggest challenge for Heather, however, is financial.

“Everything about the farm is about buying hay for the goats,” she says. “Whether I’m teaching or selling cheese, it’s all about maintaining the animals. A small herd of goats, even with a commercial dairy, is not viable on its own, so the goal is to break even.”

Since her commitment to ethical farming extends to a no-kill policy, she doesn’t send any male kids to slaughter.

“It costs me money and time but I feel very strongly about that. It’s not to say an animal won’t get put down because of health reasons but I attempt to give every one of them the chance to have as long a life as possible, and I take a lot of care when I rehome a goat.”

Supporting the farm, and herself, through her own work means her income is currently below poverty level, and she admits some would say that’s her choice.

That’s why Heather, who is 51, plans to expand her teaching, looking to the future when she won’t want to be looking after goats 18 hours a day.

Juggling the farm and the animals as well as her two revenue streams is demanding, she admits.

“Putting myself out there all the time, having to sell the products and the teaching. That can be wearying, especially when you are so passionate about it.”

She sits back in her chair alongside the huge hearth that stole her heart 10 years ago and smiles. Her next statement conjures up the ghosts of those who first lived in her now 250-year-old farmhouse.

“There’s a reason people had big families years ago.”

Treating your inner self 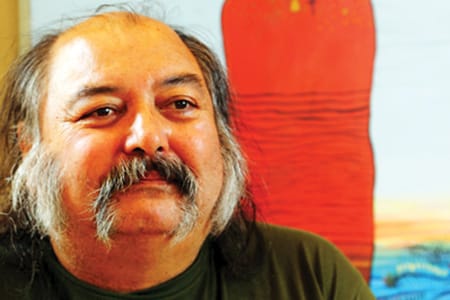 For more than 30 years, Mi’kmaq artist Alan Syliboy has been shaping the legends of his people into art. His paintings can be found in public and private collections from Switzerland to Australia,... 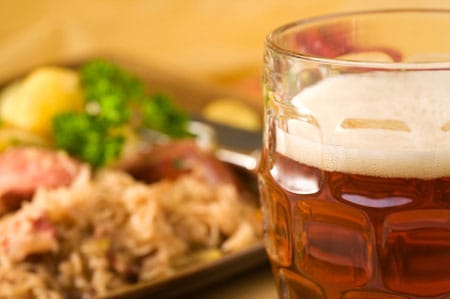 Fredericton is hot in mid-summer. As a participant in New Brunswick's 25th Highland Games last July, I can vouch for the city's hospitality, heat and humidity. Although I am a non-Scottish Nova...