For many years, the guiding principal for mammograms and prostate specific antigen (PSA) screening was “better safe than sorry.” Guidelines written by the Canadian Task Force on Preventative Health Care (CTFPHC), and endorsed by the College of Family Physicians of Canada (CFPC), have challenged this long-time approach by recommending that routine mammograms for women in their 40s are of negligible benefit and that PSA testing be eliminated as a screening tool for prostate cancer.

Driving the task force’s recommendations is the thought that cancer-screening procedures such as PSA testing and mammography can lead to unnecessary harm. Some say that in the past we have been too quick to screen for cancer, and far too quick to subject men and women to treatment.

“We don’t want to over-treat guys who are in no serious danger from prostate cancer, but neither do we agree with the task force recommendations that PSA testing be discontinued,” says Dr. Stuart Edmonds, vice president of research, health promotion and survivorship for Prostate Cancer Canada. “PSA testing gives men with life-threatening prostate cancer the best shot of catching it early enough to do something about it. Combined with active surveillance, the benefits of responsible PSA screening far outweigh the negative outcomes.”

Responsible testing, as per the Canadian Urological Association, according to Dr. Padraic O’Malley, assistant professor in the department of urology at Dalhousie University, begins with screening all men over 50 years of age for PSA levels and being judicious about who gets treated immediately and who gets monitored.

“We know there’s a more than 90 per cent chance of survival when prostate cancer is detected early,” he says, “so contrary to the task force’s recommendations, it’s still reasonable for guys to get a baseline PSA test when they turn 50. We’ve realized in the last decade that treating everyone isn’t the way to go, but when used appropriately, PSA testing remains one of the most effective tools we have for assessing a man’s risk of prostate cancer.”

Concerns about the risks associated with cancer screening also informed recommendations from the Canadian Task Force on Preventative Health Care (CTFPHC) to discontinue routine mammograms for women aged 40 to 49 who are at average risk of developing breast cancer.

“That wouldn’t have played out very well for me,” says Ilse Shea, a volunteer and board member with Breast Cancer Action Nova Scotia. Shea had no idea she had breast cancer when she went for a screening mammogram at age 46. “A good friend was going for one because she had a family history of breast cancer,” recalls Shea. “There was no history in my family, and my doctor said I could wait, but I decided to have the screening anyway. I don’t know where I would be if I had waited four years.”

Although the Nova Scotia Breast Screening Program (NSBSP) operates within CTFPHC recommendations and no longer actively recruits women in their 40s to have mammograms, it still recommends that women between 40 and 49 (including those with no symptoms and no personal history of breast cancer) have annual mammograms until the age of 50.

For Louise Barker, a cancer survivor and colleague of Ilse Shea’s on the board of directors for Breast Cancer Action Nova Scotia, the benefits of mammograms far outweigh the risks.

Dalhousie University nursing student Maike van Niekerk cites disturbing evidence that in Nova Scotia, where we have the highest rate of breast cancer in Atlantic Canada, mammography participation rates have been decreasing. In 2011, 59 per cent of Nova Scotian woman participated in breast cancer screening programs, while only 55 per cent took part in 2014 (the most recent data available). According to van Niekerk, that translates to more than 3,000 fewer women.

“Many people have the misconception that the only two red flags for breast cancer are a family history of the disease or symptoms,”she says.

When asked what advice she would give about mammograms to women in their 40s who have no close family history of breast cancer and no symptoms, Dr. Sian Iles, a breast imaging radiologist and department head of breast imaging at Dalhousie University, says she would encourage these women to speak to their primary care providers about whether or not to go for screening.

The Canadian Cancer Society (CCS) also encourages women under 50 to discuss mammography with their doctors, saying the benefits of regular mammograms to screen for breast cancer in women under 50 are still unclear. Similarly, the CCS recommends that men talk to their family physicians about their level of risk of prostate cancer and the possible harms and benefits of PSA screening.

Canadian Cancer Statistics 2015 tell us that the leading cancers are prostate cancer for males and breast cancer for females. Symptoms or not, it makes good sense to talk to your doctor. 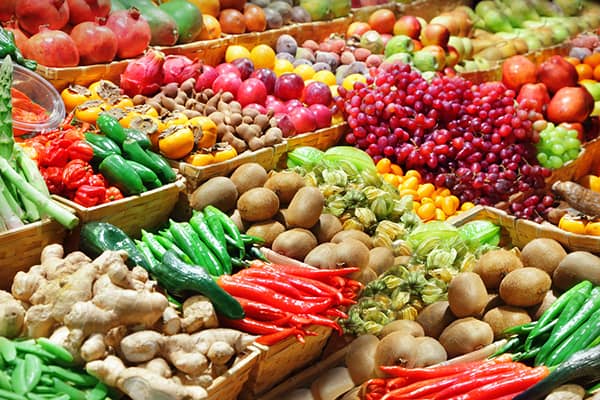 Eat Your Veggies (and fruit)

Most of us have grown up hearing “Eat your veggies, they’re good for you!” or have been told to have a piece of fruit if hungry. 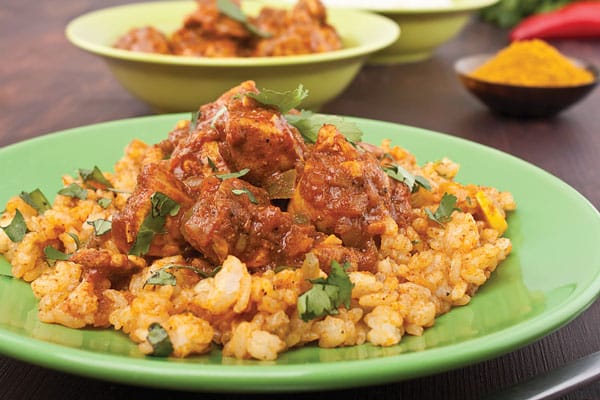 The Spice of Life?

Turmeric may add more than great flavour to your food – it may have medicinal powers, too.

More and more Atlantic Canadians are turning to internet shopping to fill their kitchen cupboards, check off the items on their holiday shopping list, and indulge in a special outfit for that...